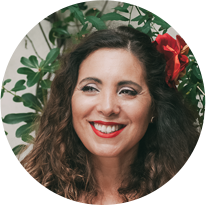 Karina Corradini was born and raised in Buenos Aires, Argentina, one hour away from downtown Buenos Aires. As a child, Karina listened to her parents' tangos, and sister's Beatles before she discovered Brazilian music in her pre-teens. “I started to pay attention to what was called ‘Tropicalismo’ and was crazy for Caetano Veloso, Gilberto Gil, Djavan, and Gal Costa. A bit later, I discovered my all-time favorite, Elis Regina, and the bossa nova masters. In my teens, I was fully into Van Halen, Sade, Stevie Wonder, Aretha, and all the current  80's rock music. I integrated everything. Growing up in South America, I was exposed to a lot of different rhythms: tango, salsa, southamerican folklore, boleros, and the whole Northamerican spectrum of music that enriched my musical world. Through my parent's music, I also listened to Louis Armstrong and to Nat King Cole's latin album that really called my attention with his sweet American accent as he sang latino tunes. When I was 16 years old, I met a group of young musicians who introduced me to jazz through Pat Metheny, Paco de Lucia, John McLaughlin, and Al DiMeola.  Right there I started to realized  that music was a call for me. I was very much into the mystic music of Egberto Gismonti and Lyle Mays as well.  But then, after discovering  Ella Fitzgerald, I realized that that was the music I wanted to sing, and if I only could sing a little like Ella, my purpose in life would be totally fulfilled. So, I started to study voice lessons with Liana Lecuona, an opera singer from The Colón Theater ( Like La Scala of Buenos Aires)".

She began singing professionally when she was only 18 year old, leading her own jazz sextet, ‘Karina Corradini and the Summer Band,’ which performed at the beach, bars and restaurants during the summer. When the summer season ended, she sang on Corrientes Avenue in Buenos Aires, including a twice a week engagement for two years that often ended up as a jam session with veteran musicians. Karina worked at many venues (including the Teatro Coliseo, Jazz Club de la Plaza, the Thelonious Bar and Clasica y Moderna), and also twice toured Southern Brazil with her group. By the time she decided to move to the United States in 1999, she was among the busiest jazz singers in Buenos Aires. Even now, when she returns to Argentina each year to visit family, she is always welcomed to perform at major jazz clubs.

“I moved to Los Angeles to learn Ella Fitzgerald’s language, and to study music in the land of jazz.” Karina attended Rhiannon’s workshop three times, seminars by Sheila Jordan, Mark Murphy and Kevin Mahogany, and studied music at Los Angeles City College and art El Camino College. After performing with a rhythm and blues band for a year, she formed her own jazz group and has since performed at a countless number of clubs, restaurants, concerts and festivals, mostly in Southern California. 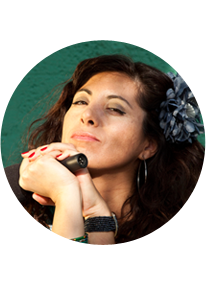 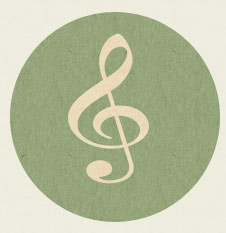 The story behind the release of ‘Bridge To Infinity’ includes a lot of highs and lows for the singer. The first high, no doubt, was “One of the first people who I mentioned my idea to was my dear friend Christian McBride. He not only got excited for me but also wanted to be part of the project!” The great bassist—who would become the album’s producer and main arranger—was not immediately available, so Karina recorded six songs on a demo with pianist Mahesh Balasooriya, bassist Rene Camacho and drummer Marvin “Smitty” Smith. She used the arrangements of Eric Bulling—who had been the writer for the Ella Fitzgerald album Ella Abraça Jobim. The results were so rewarding that those performances are also included on the CD. When Corradini and McBride finally got together in the studio with tenor and alto saxophonist Zane Musa, trumpeter Nolan Shaheed, pianist Mahesh Balasooriya, drummer Marvin “Smitty” Smith, and percussionist Munyungo Jackson, the other nine songs were completed in just two days. “It felt like a big party and was fun all of the time. All of those musicians are incredibly talented. But just as important to me, all of them have warmth, are non-judgmental, have an open minded vibe, and have a great deal of humanity.”

The wide-ranging program includes swinging standards (“You Turned The Tables On Me,” “Until I Met You,” and “Lover Come Back To Me”), boleros (“What A Difference A Day Makes” and “Tu Mi Delirio”), a tribute to Elis Regina (“Cai Dento”), bossa-novas (“Doralice” and “Voce E Eu”), and romantic ballads (“I Could Have Told You” and “If You Went Away”). Karina had one of her mentors, pianist Howlett “Smitty” Smith, guest on his original “When The Time Is Right,” and guitarist Barry Zweig is on two numbers including the uptempo “I’m Gonna Lock My Heart And Throw Away The Key.” Throughout the set, Karina’s singing is both inventive and beautiful while Zane Musa’s contributions consistently uplift the music.

Unforeseen developments and tragedies resulted in the release of ‘Bridge To Infinity’ being stalled until now. Karina caught a serious fungus, Systemic Candidiasis, that resulted in her being ill for three years until, through research and the help of a nutritionist, she cured herself. In 2015, her close friend Zane Musa died in an accident. And Karina later fell down a flight of stairs in Argentina, breaking a wrist and suffering from chronic pain syndrome for a year. Fortunately she is now fully recovered and quite active on the music scene.

“After all of that, 2018 is finally my year. I cannot believe that the project is finished and now everyone can hear it. I hope listeners really enjoy it. It is dedicated to the genius of Zane Musa.” While Karina recorded a demo with the Tom Garvin Trio in 2001 (which made it possible for her to be hired for many jobs) and an unreleased CD in 2005 that included her good friend the late bassist Jorge Pasquali, ‘Bridge To Infinity’ is her first recording to be released to the general public. Finally listeners who live far beyond Southern California will get to appreciate her wonderful voice, musical talents and ability to make every song sound as if it was written for her.